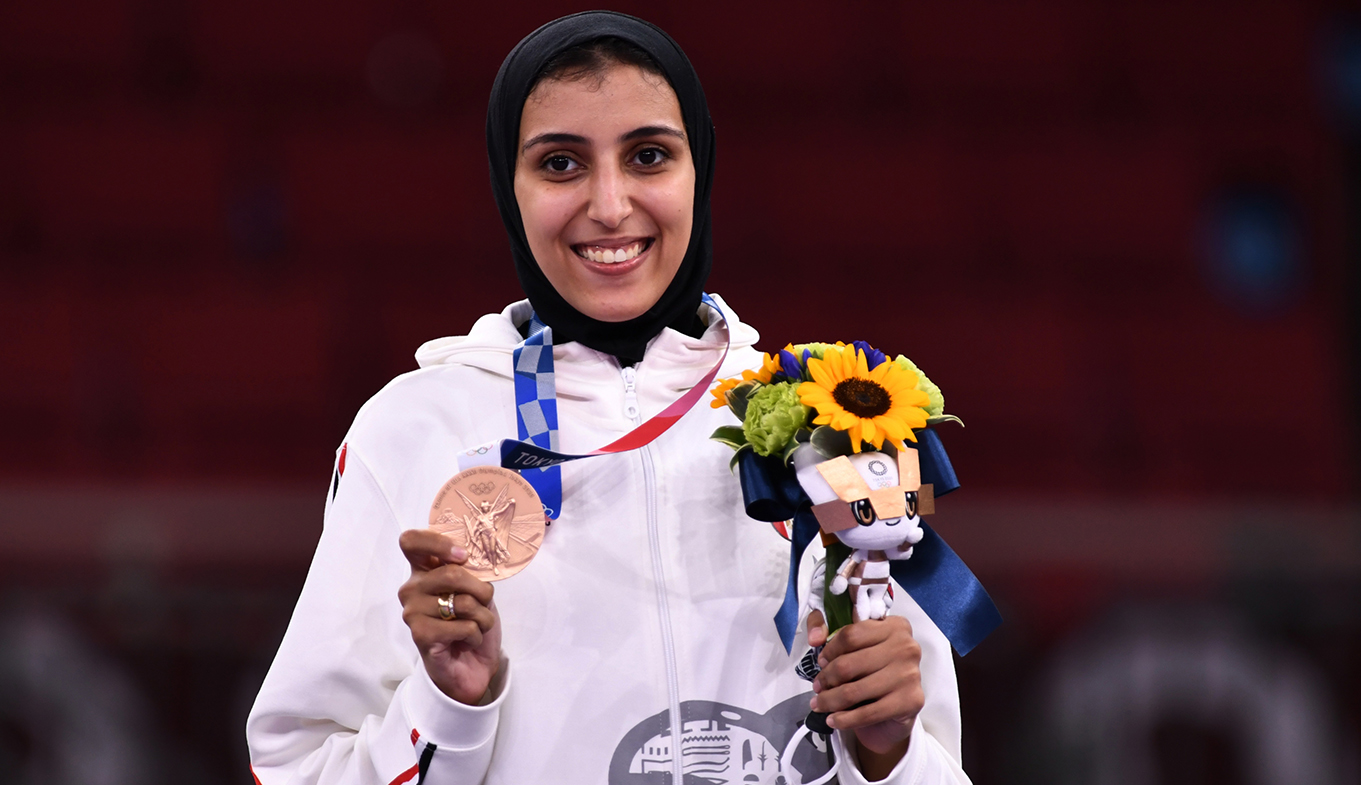 Gianna Farouk: Lady of the Mat

Though Karateka Gianna Farouk returned home with a bronze medal donning her neck, yet, this skillful athlete deserved the gold medal.

Those who watched the game either in the arena where the competition was played in Tokyo, or even on TV, knew quite well that this lady has been denied the chance to play the final because of a referee bias against her. It was crystal clear even to those who do not practice the sport themselves.

The 26-year-old is a graduate from the faculty of Pharmacy and plays for Al-Ahly Club under the supervision of her coach, Mohamed Abdel-Regal. She has joined the national team of Egypt in 2009 where she has played on all levels, youth, juniors, and seniors, a period during which she won the World Karate Championship’s gold medals eight times and the bronze medal three times.

Gianna, who made her first call after winning to her mother, agrees with her colleagues that the Covid-19 pandemic has definitely affected the preparations and performances of all athletes all over the world, not only in Egypt, in addition to the injuries that many players have been stuck with. 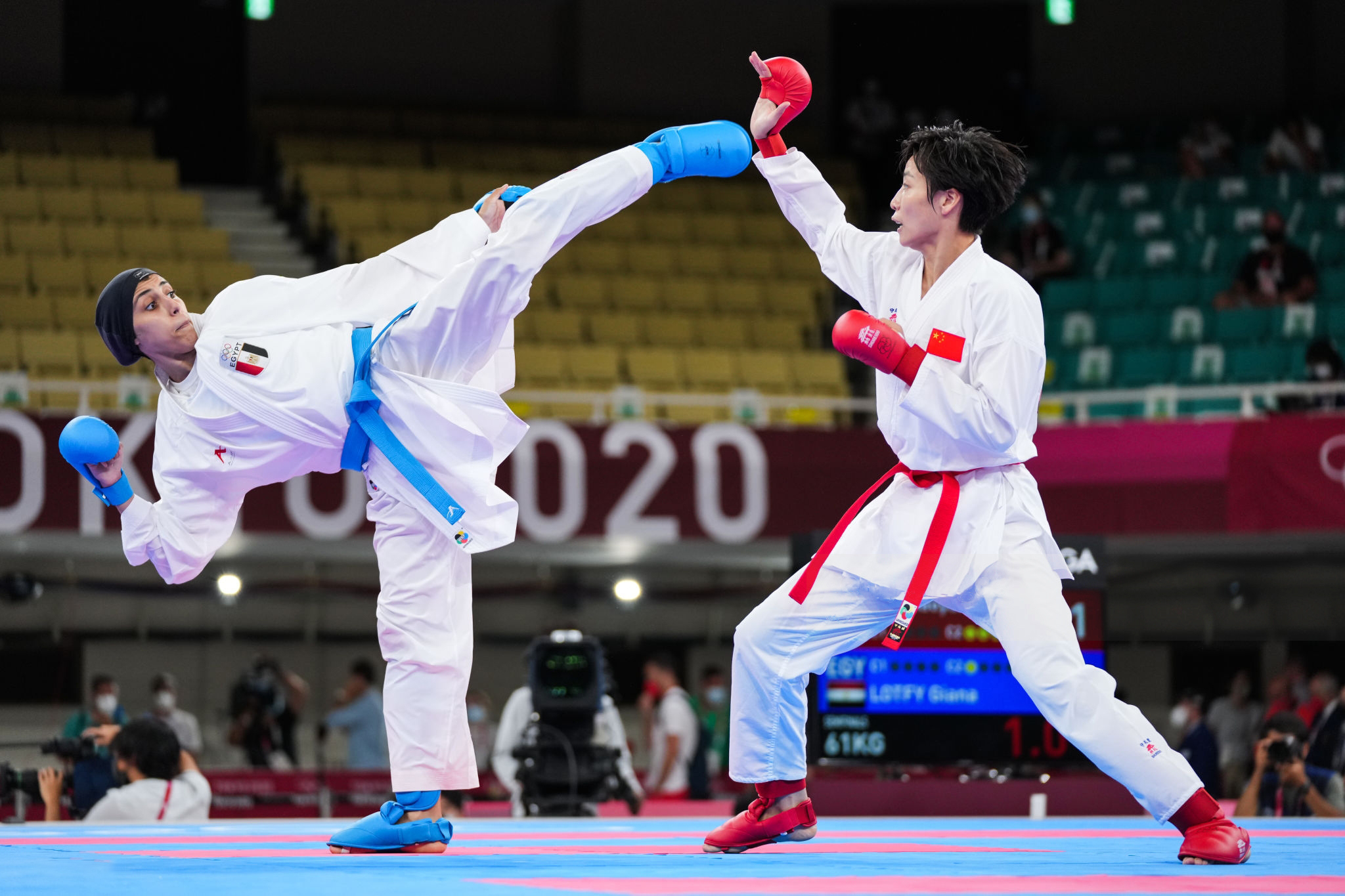 Meeting the Egyptian President back home was a delightful encounter for Gianna. “I was very happy. I mean, who wouldn’t! The President has welcomed and congratulated us; it was a great honor. He also awarded us all, following the Sports’ order, as he has always shown huge support to Egyptian sports and athletes.”

Gianna also believes that she wouldn’t have done it without her family and her special team of trainers and officials. “They have always been supportive to me during my journey, especially my family who have sacrificed a lot for me so that I could win an Olympic medal.”

Gianna is of course disappointed that her beloved sport is not included in Paris 2024, just as her teammate Feryal Ashraf, which means no prospects for another Olympic Gold medal before the 2028 Olympic Games. On the other hand, she is pleased with the media coverage at home on their achievements which was positive. She added that she never pays attention to negative comments because she just concentrates on her quest and nothing else. This is what she also advises her junior teammates in the sport to do. “They just have to focus on their game, exert their utmost effort in order to make an achievement in their sport, and claim the medals— which is worth sacrificing other leisure for.”

Gianna also believes that the sponsors have played an important role in this achievement. “They have offered me all the facilities I needed whether financially or morally; they made it easier for me, supported me completely in every step, assigning special coaches, and organized many training camps… and for that, I would like to thank my agent ‘Rawabt’, and the ‘National Bank of Egypt’ for their valued contribution and support,” The bronze medalist Gianna Farouk concluded.