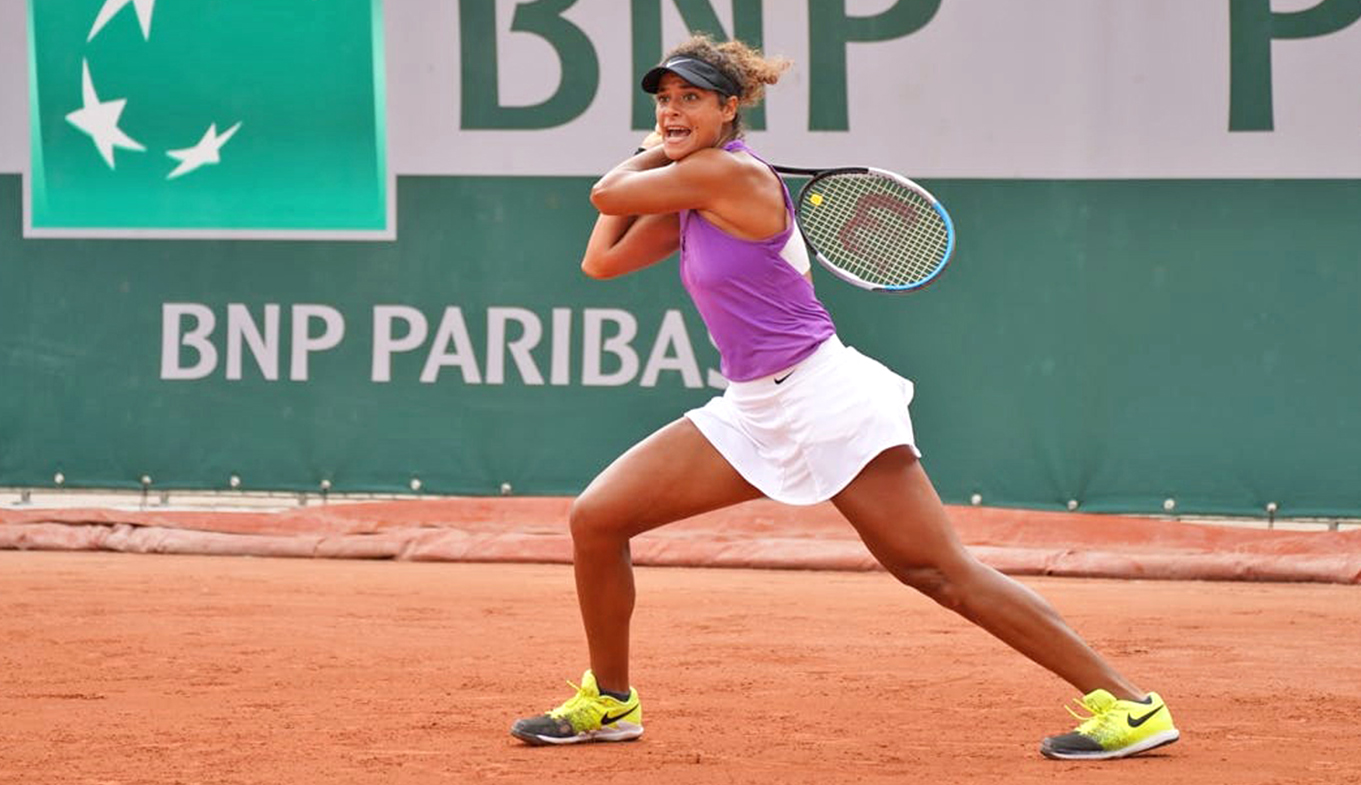 Mayar Sherif has made Egyptian tennis history. By reaching the main draw of the French Open, the 24-year-old became the first Egyptian female to qualify for the main draw of any major international tennis tournament Grand Slam. This is not the first historical footprint by Mayar, as unprecedently, she was the first woman in the history of Egyptian tennis to qualify for the Tokyo Olympics, which will take place July 2021.

She just did it, but not out of the blue. Before the Roland Garros, she was getting to be known as an Egyptian female tennis player. She was well-known by her fellow mates and sport’s officials and fans, but now, after her achievement, she is serving up a storm of interest, a real celebrity.

At the French Open, the Egyptian had become not only the talk of town here in Egypt, but in Africa and the Middle East. She had even drawn the attention of international media covering the famous competition.

After winning three matches in the preliminary round, the Egyptian was set up to meet with the world’s fourth-ranked player, Karolina Pliskova of the Czech Republic, in the main round of the French Open, one of the four major Grand Slam tournaments in the sport. For the Egyptian, who was ranked 218th at the time, the odds were almost zero that she would beat a former world number one. However, Egyptians had high hopes that the newcomer could surprise them based on reports that claimed Pliskova was injured. 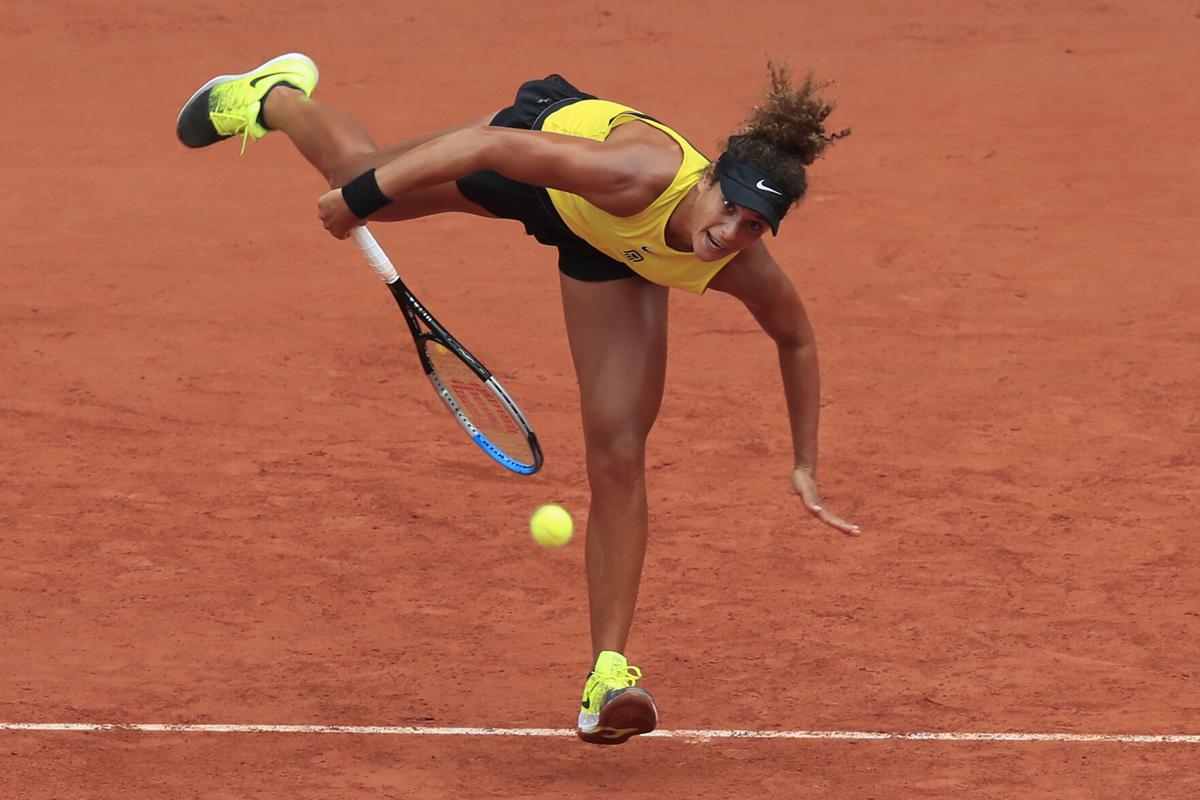 Actually, she did surprise everyone when she snatched the first set 7-6 amid the support of Egyptians who watched glued to the television and social media outlets to follow the game live, supporting and praying for a miracle to be achieved. Then, experience had its say as the Czech player dominated the next set and won 6-2. It was 1-1 and the two girls went to the decisive set. It was close at the beginning until, at 4-4, Pliskova had her say and concluded the set and match in her favor, ending the successful and amazing route of the Egyptian.

President of the Egyptian Tennis Federation Ismail Al-Shafei was the first Egyptian to play in Wimbledon and Roland Garros. He won the 1964 Wimbledon juniors event.

Sherif was also the first Egyptian tennis player to qualify for the 2021 Tokyo Olympic Games after she beat Colombian Maria Osorio 6-4, 6-0 in her first match in the qualifications round of the French Open, the Roland Garros Series.

In her second qualifier, the Egyptian also beat American Caty McNally 6-2, 6-4 before knocking down Italy’s Gatto-Monticone 6-1, 6-3 to achieve history by making it to the main round.

Egyptians took to social media to celebrate the player known as “Egypt’s Tennis Golden Girl”, who became the first Egyptian woman to win three Grand Slam matches, albeit all in the preliminary round. Suddenly, the right-handed Sherif became the talk not only of Egypt but in the Arab world. She has gone viral worldwide and on the official website of the French Open; even Egypt’s famed footballer Mohamed Salah congratulated her on Twitter. The Liverpool star praised Sherif, tweeting: “You make history.”

In Egypt, the National Council for Women lauded Sherif’s qualification. The council said it was an unprecedented achievement in Egyptian sport.

Sherif, who studied at Pepperdine University in Malibu, California, graduated in 2018 with a bachelor’s degree in sports medicine, and was part of the university’s women’s tennis team, told Egyptian media that she was very happy with the achievement, adding that she was proud of the historical achievements made in Egyptian tennis. 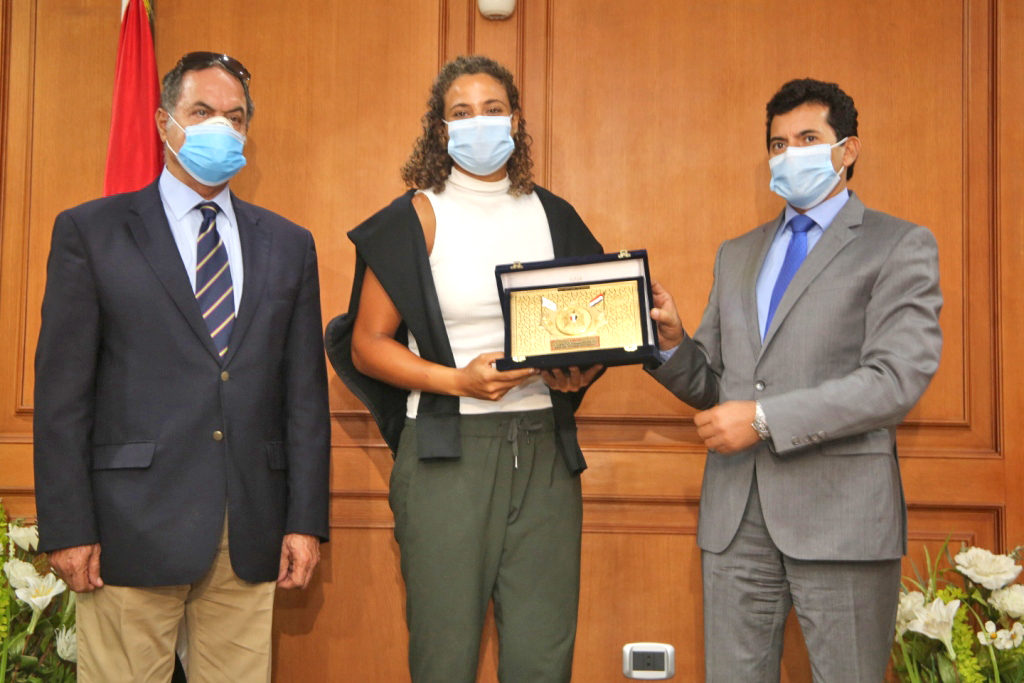 Sherif added that she was preparing for the Tokyo Olympics by taking part in major tournaments.

She also won a gold medal at the 2019 African Games in Morocco after defeating South African Storm Simmons 2-0 in the final. Ahead of the French Open 2020, Sherif also played in the Prague Open.

She has a career-high of 162 in the WTA rankings in singles, reached after Roland Garros, as well as 218 in doubles, set on 14 September 2020. Sherif has won eight singles titles and six doubles titles on the ITF’s women’s circuit.

Playing for Egypt in the Fed Cup, she has a win-loss record of 14-10. She also won the gold medal of the 2019 African Games, which earned her a berth in Tokyo provided she still ranked within the top 300 on 1 July 2020, which she achieved.

Mayar and her team decided to visit Cairo following the historical achievement. On her arrival in Cairo, the superstar had a celebratory reception by the crowd and fans, welcomed by Dr. Amr El-Haddad, assistant to the minister of youth and sports, and officials of the Egyptian Tennis Federation. On the following day, she met with Minister of Youth and Sports Dr. Ashraf Sobhy, together with Ismail Al-Shafei, president of the Egyptian Tennis Federation, and her teammate Mohamed Safwat, who had also secured a seat in the next Olympics.

The minister congratulated both champions for their achievements and promised to provide all kinds of support needed for both champions to maintain their high level of success and improve their world rankings. Al-Shafei said that Mayar’s achievement at the Roland Garros and her qualification to the Olympic Games with her teammate Mohamed Safwat “has created a huge leap in Egyptian tennis and brought it back to the spotlight”. 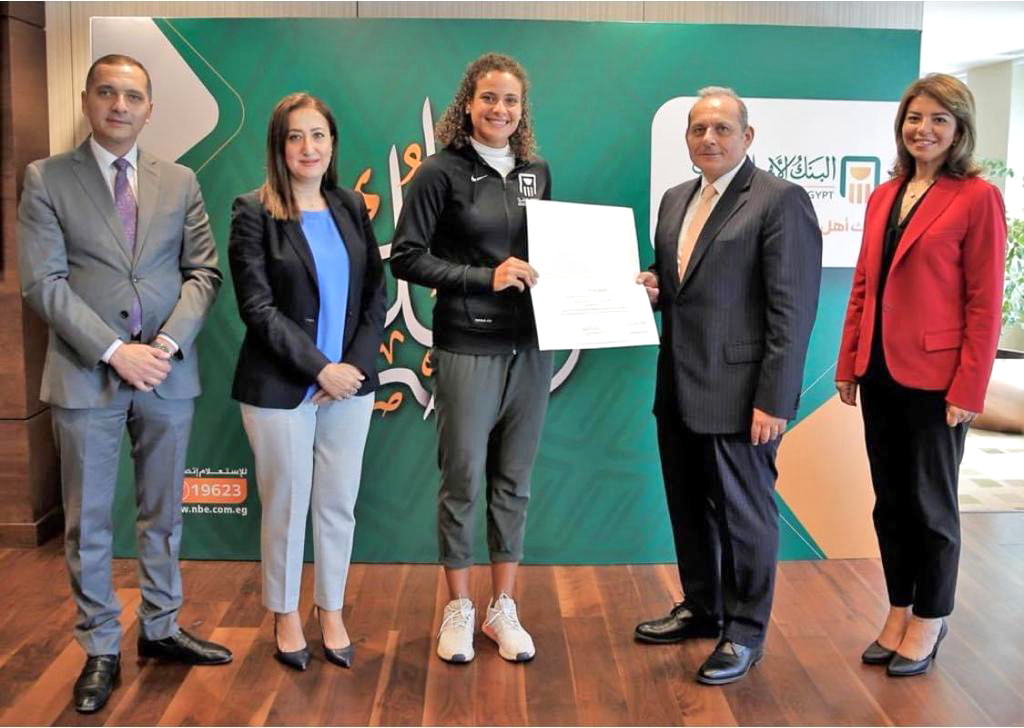 President of the Egyptian Tennis Federation Al-Shafei added that, “Mayar’s qualification to the Olympics and her winning three matches in Roland Garros had improved her world rankings and now she is looking forward to a high-level performance in the coming period.”

Al-Shafei admitted that the Ministry of Youth and Sports has been offering and providing all facilities needed for holding the Egyptian Tennis Open, allowing the sport to regain its full force.

Later, Mayar had a reception by the National Bank Egypt, which she calls her “early stage sponsor”. The reception was hosted by top TV shows in Egypt, alongside numerous media interviews in which she showed not only being a superstar on the court, but also a newborn public figure and a potential face of many Egyptian brands and organizations due to her exceptional looks, social skills, and humor.

The one-week rocket tour of Mayar in her “beloved Egypt” was closely escorted by her manager and agent Sherif Monsef El Maanawy, CEO of Connection Marketing Ventures and Connection Sports, whom she considers the “engineer” behind many happenings now and in the future.

Mayar left Egypt to Spain in preparation for three consecutive tournaments in the United States and the Canary Islands before she gets back to Egypt by the end of November for a few commitments and to play the Egyptian league, before her next big stop at the Australian Open in January, one of the world’s major Grand Slam tennis tournaments.

There are great expectations for Egyptian tennis as it takes a new turn with Mayar Sherif, the golden girl, who made Egyptians proud as we all wish her the best in her promising career.