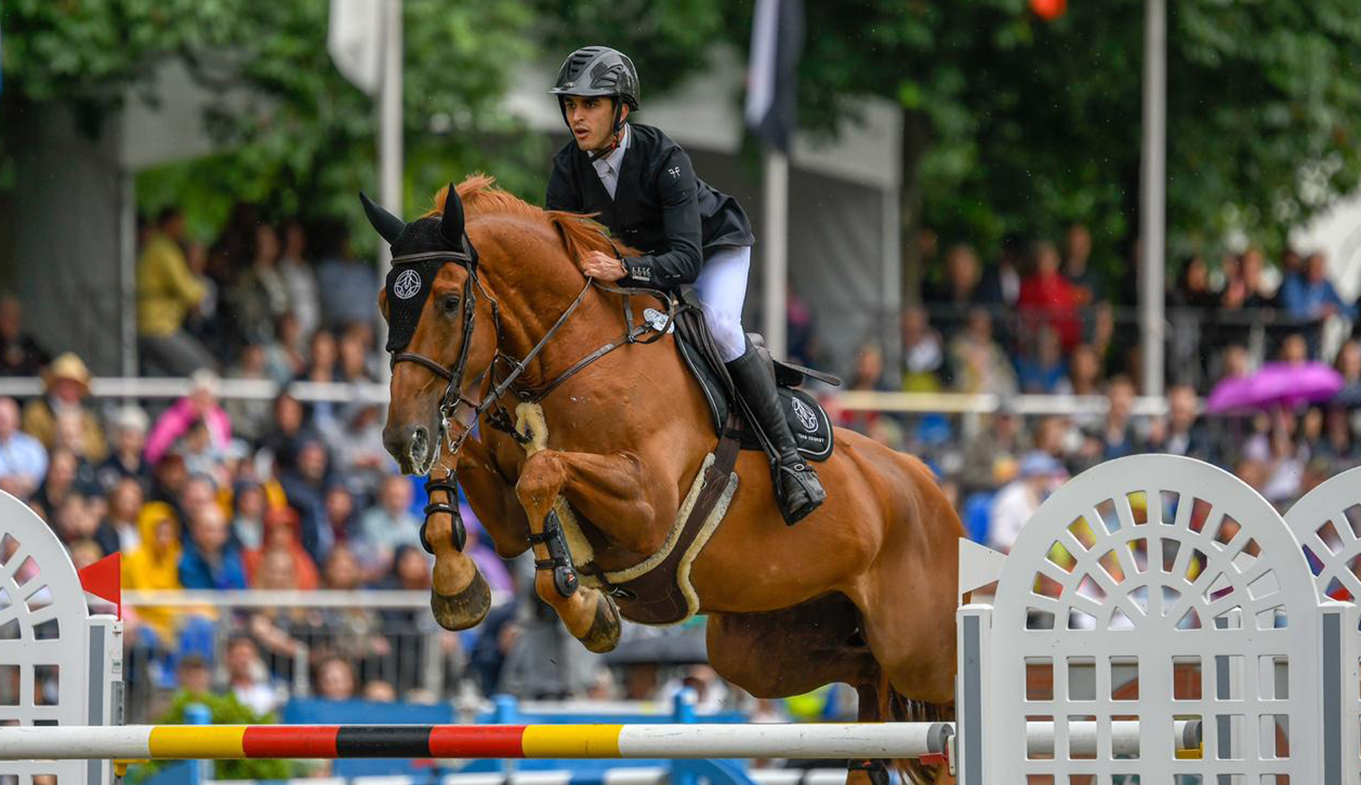 Equestrian showjumper Mohamed Taher Zeyada has made it to the Tokyo Olympic Games after Egypt beat Morocco for the qualifying ticket.

This month, it has been one year since Egyptian equestrians booked their seat for the Tokyo Games, which is set to be held in the summer of 2021.

Zeyada still celebrates that moment as he took to his Facebook account to share the memory of the qualification saying, “A year ago has just passed to Egypt’s most trending sports victory at the time: team Egypt qualifying to the Olympics. Tokyo 2021, we are coming after that definitely.” He also remembered to cheer on his brothers and teammates Sameh El Dahan, Nael Nassar, Abdel Kader Said, Alaa Mayssara, and Karim El Zoghby, adding “together strong” to his post. 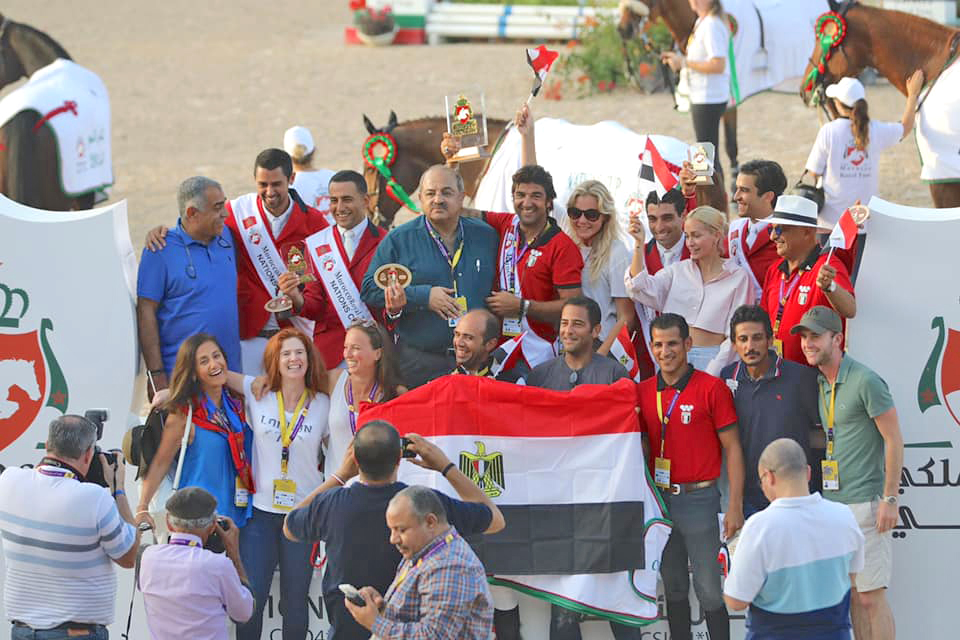 For Zeyada, reaching the Olympics was a great achievement. He had described the qualification as part of Egypt’s history expressing, “A team ticket to Tokyo 2020 and a very first Nations Cup win was a dream not only for me but for all the team and for the whole Egyptian equestrian community…years and years of hard work, trial, failure, and success…sweaty days and insomniac nights…flying here and there trying to piece it up together, rock bottom pockets, and still running.”

“That is what it takes to accomplish a dream! As a young child I watched the Olympics back home in Egypt and just asked my mom what it was. She said ‘that’s a dream and target to be done, son’. I realized then that it was the grand stage of them all. Scores show up for each nation of four riders but not Egypt. I then realized how much hard work was ahead!”

When the Egyptian team earned the qualification, Zeyada thanked all those who contributed to this success, leaving no one out. He had a message to everyone, even the horses, acknowledging,

“Vizalaty, Suma’s Zorro, Venis du Revedy, and Lucifer V, Ditorrio S, our heroes. These horses fought their heart out under the heat for two consecutive rounds showing nothing but absolute quality and efficiency at its finest.”

He then praised his teammates Sameh El Dahan, Abdel Said, Alaa Mayssara and Nael Nassar, and Karim El Zoghby saying “I was honored to be among incredible knights like you guys, the best men out there. How much one can stand pressure and still deliver, how much one can push another to the edge of performance, and how much one can wish another the best! That was just energetically amazing! Each one has his own road trip story which makes you guys deserve nothing less than the value of writing Egypt’s sports’ history!”

Zeyada also showed appreciation to those he believes are “champs behind the scenes”: “Cristina Garcia Plana, Linda Algeborg, Sofi Lavriovica, Marion Guedes, Ali El Sissy, Christian de Rouw, and Tetrushka House, without your partnership nothing could’ve been done. We really appreciate the work that you do to help us reach this stage with happy, sound, and safe horses.” 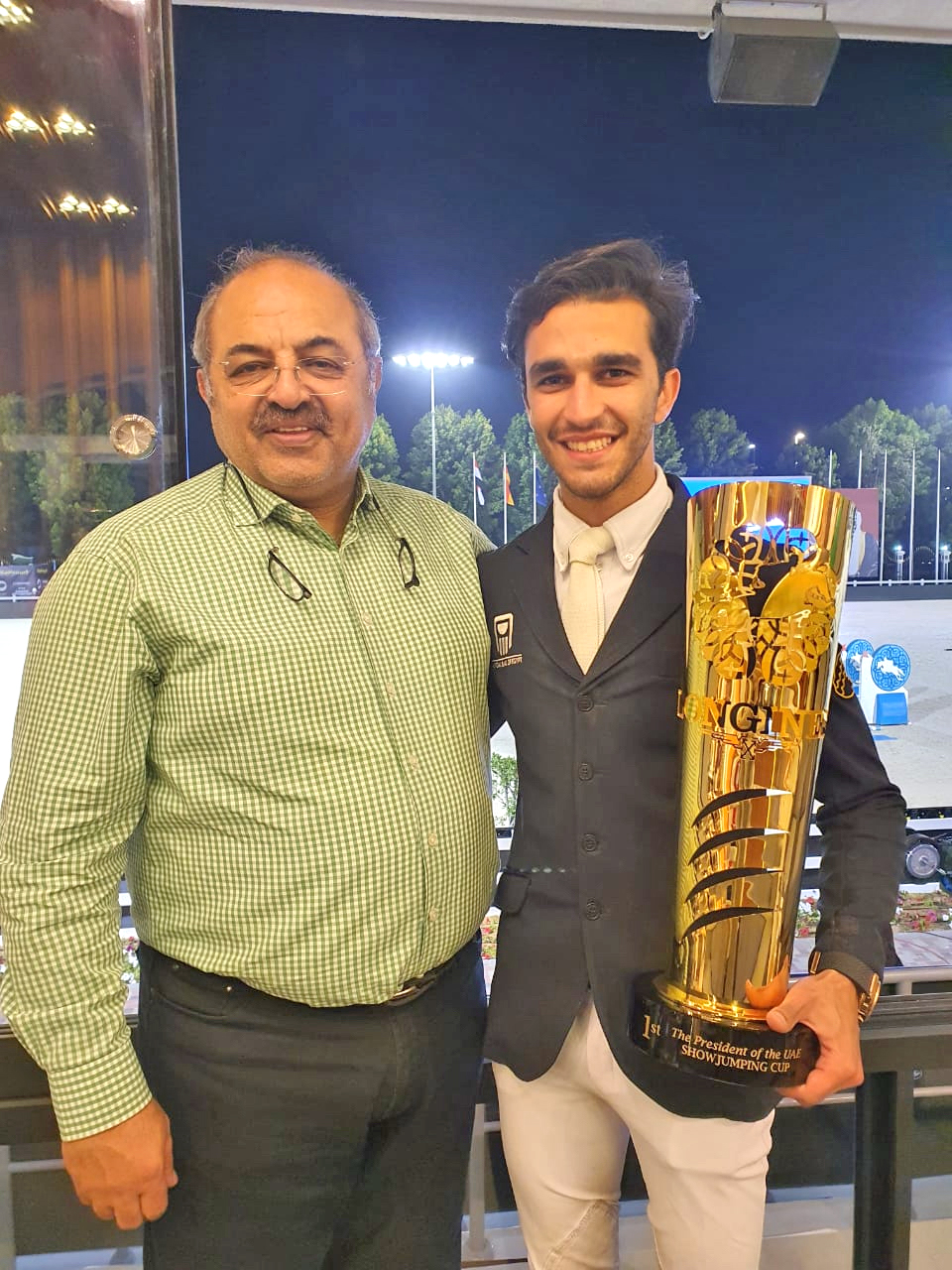 He also thanked Joanne Sloan Allen, Rob Hoekstra, and Evergate Stables for their continuous support to the Egyptian team. He also thanked Charlotte, the most energetic team vet, and Zeina Hosni and Sakkara “whom I [Zeyada] personally would like to thank for gearing us up with the most comfy and elegant clothes. Also Ahmed Eissa and Pirouette Egy for following us and sharing the Egyptian teams progress.”

Zeyada concluded, “To my family, I’ll never deny your support and encouragement, especially my mom. I’d never cross even halfway without your guidance in each and every step. Thanks also to Hisham Hatab, my second father, my main supporter, and president of the EEF, AEF, and EOC as well as Dr. Ashraf Sobhy, minster of youth and sports and my official sponsor and my backbone. Thank you National Bank Of Egypt, my official media production sponsor, Rawabit Sport, and Morocco for their great hospitality. It is such a great country with great people, and thank you so much HRH Prince Abdullah, president of the Moroccan Equestrian Federation and the one behind all this amazing organization and Nadia Chahbi. Finally thank you to everyone who supported us and especially the Egyptian equestrian community.